Okay, so I was taking off on my third, final, and toughest leg.  It was 6.7 miles of only up.  It looks pretty terrible as an elevation profile on paper, but I gotta say.... it wasn't that bad.  I think I had built it up so much in my head that during the run I remember thinking that at any moment I would turn a curve and be faced with a wall of a mountain.  Now don't get me wrong, it was absolutely tough.  I was passed by several "elites."  But I had my most "kills" on this leg with a total of eleven.  I just kept my legs churning.  Then my head started getting in my way and I started thinking about walking.  I kept that thought at bay as long as I could.  The Cabot Cheese runner came up to me and said we're almost there.  I said I sure hope so, then he passed me.  I didn't mind, especially because he gave me delicious sharp cheese later.  But not too long after I submitted to my weary legs and began to walk.  And gosh darn it we really were almost there!  I realized that the transition area lay right ahead of me so I ran to hand off to Jamie.  I gotta give a shout out to the police officer directing traffic at this crazy intersection.  She was commanding the entire area, and I felt completely safe. 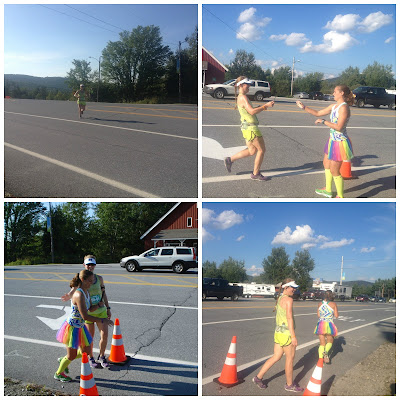 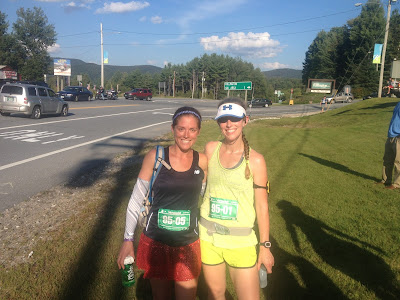 I was officially done and totally proud of my performance on my last leg, a 9:21/pace.  I was also thrilled that I was D-O-N-E!!!  Jamie was off on her last leg, an unofficial costume leg for which she borrowed Crystal's rainbow tutu.  This leg was a four mile run that continued the upward climb. 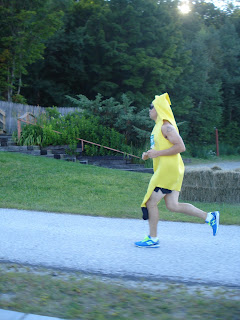 We laughed our butts off at some of the costumes runners were wearing.  One poor runner was dressed as Daphne from Scooby Doo and was carrying a pretty large inflatable Scooby!  Jamie managed to keep her smile even after that brutal climb with a 10:55/pace!  She handed off to Aaron who would now be running an extreme down, because after all, what goes up (and up and up) must come down. 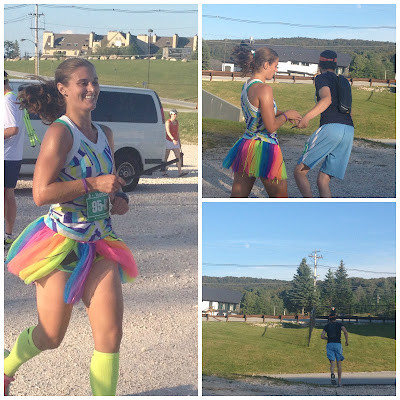 ﻿
You could smell the brakes from all the vehicles once we reached the transition area, the downhill was no joke!!! 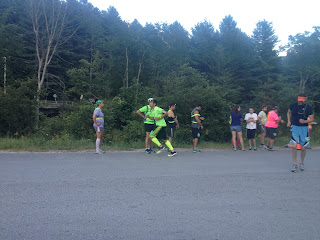 Poor Aaron handed off to Joe one final time and hobbled off to the van, still pulling in a 9:33/pace.  Joe was heading out on his longest leg, a 6.2 mile run.  Because he didn't have any means of carrying water we came up with a plan to give him some midway.  That worked out well then we ventured to our next transition area.  Joe came in to hand off to Crystal one last time finishing his last leg with a 9:11/pace.  It was starting to get dark, so Crystal donned her reflective, blinking safety gear. 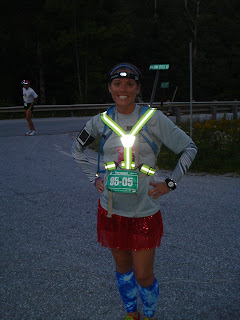 She would be running five mostly flat miles along a lake.  She had been pretty nervous about running in the dark, but she killed her final leg, flying in with an 8:16/pace.  She handed off to Mikey one final time.  He would be running a mostly flat 4.8 mile leg.  Somehow the way wasn't clearly marked and he ended up running the wrong way near the finish.  Fortunately Crystal spotted him and the six of us flew into the finish!  He wrapped us up with a killer 8:01/pace.
﻿ 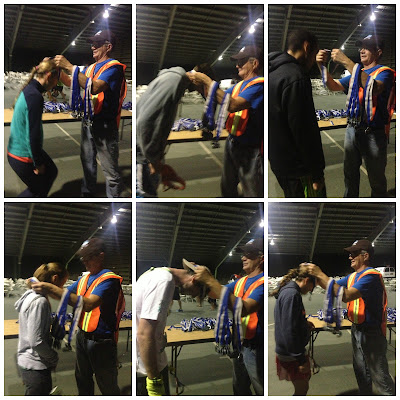 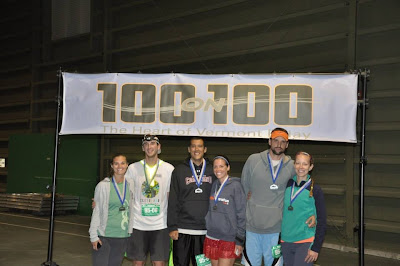 We finished the 100 mile race in 14 hours, 14 minutes, and 18 seconds placing 70th of 160 teams and our team average pace was 8:41.  The race was epic and I can't believe its over.  I seriously want to do it every year!
GO GO POWER STRANGERS!!!
P.S. I totally stole all my photos for all three recaps of this race from Jamie and Crystal.  One of these days I will own a phone from this decade and take my own pictures.  Thanks, ladies!﻿
Posted by Janell at 10:08 PM