I love trail running.  Even though my pace is slower, I feel like I'm in flight.  I guess its because of the swift passing of the woods that are so close around me.  Plus time moves so quickly.  I think that's because my mind is so focused on where I place my feet (you know, so I don't fall on my face) that there is never opportunity to get bored.  Today's race was my fifth trail race but my first trail half marathon.  I was still on a bit of a runner's high from my sub-2 half marathon the weekend before, so I was excited.  I knew this race would be no joke though.  See the course description below.

The Dam Half and Dam Full courses are all situated within Bald Eagle State Forest, and you really get the feeling of being far removed from civilization when doing this course! Mostly narrow single track trails with some jeep trails and a little bit of dirt road mixed in to relax your legs (but not too much). The Dam Half has a total elevation gain of 2,500 feet, while the Dam Full has a total elevation gain of 4,600 feet. The courses have several climbs with a few boulder fields mixed in to test your legs (and wits)! In between the climbs though, there are some nice flat and rolling sections winding through beautiful hemlock and pine forests with some stream crossings here and there. Both courses have the toughest climb of the event near the end, the dreaded Stairway to Heaven. Stairway to Heaven is a brutal single track climb with 700 feet of elevation gain within a half mile straight up the side of Naked Mountain. But once you summit, it’s 1.5 miles all downhill to the finish!!!

I had picked up my packet the night before.  Running with me would be my husband, sister-in-law, and a couple other running acquaintances.  I was ready to go! 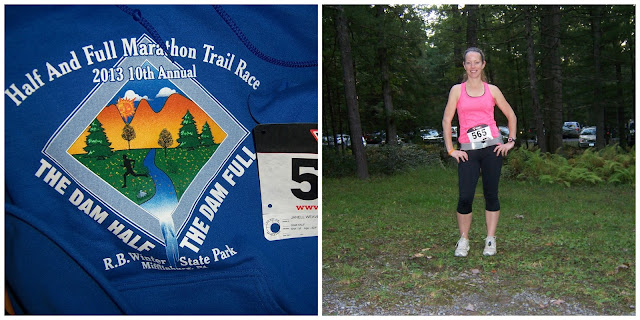 A pretty big crowd of runners gathered near the start and listened to some announcements.  Once they were over we started to move to the starting line.  Then I guess someone said "go" because the crowd started to move.  There were a lot of people!  Aaron and I did our best to break away from the crowd, but there were just so many!  The race was going great, until a had something sharp sticking me in the heel and since it was so early on I decided it had to go!  I couldn't shake it loose so I stepped off to the side to get it out.  Aaron left me in the dust without so much as a, "are you okay?"  I couldn't dig it out with my finger, so I ripped the shoe off.  It was a piece of wood stuck in the lining of my shoe, so I yanked it out and tried to shove my foot back in the shoe, which of course is double knotted so I can't.  I tried to untie it and made the knot worse, and worse, and worse.  Eventually, after what seemed like ten minutes (it was probably more like 2.5) I got the shoe debacle cleared up and started running again, cursing that I would have to once again, re-pass all the people I had already managed to pass with much difficulty on the single track trail.

Amazingly, I caught back up to Aaron when he eventually pulled off to the side to take off his long sleeve t-shirt.  (I tried to tell him he would regret wearing long sleeves.)  I figured he would fall in line behind me, so I kept going.  A little while later I passed one of my runner acquaintances and was pretty pleased about that.  She is a very buff, fitness instructor and runner, so it felt good to catch her.  She had done the course before and was hoping to come in under 2:30.  She stayed hot on my heels until we got to the last boulder field after the final climb where she then passed me and vanished down the hill.  How she took that descent so quickly I will never know.  I hope she accomplished her goal!

The trail was very tricky.  The elevation was exactly what I expected and I felt prepared for that.  I was not prepared for quite so many rocks.  We got so few breaks from them!  I nearly face-planted on several occasions.  And the boulder fields mentioned in the course description above???  They are aptly named.  How some runners managed a 7:40/pace on this course is something I will never understand!  Those folks must be part mountain goat!  Literally, it was fields of rocks and boulders.  And some giant boulders that you think will never move when you step on them in fact do shift when stepped on!  Very tricky!

I hiked up the dreaded Stairway to Heaven, feeling like it would never end.  Once to the top you are "rewarded" with a boulder field before you can begin your rocky, steep descent.  I had made a new friend from a State College running store.  We chatted quite a bit and he encouraged me to go ahead and get the trail shoes I've been wanting.  I had confessed to him how my feet were killing me in my non-trail shoes.  I always just wear the oldest sneakers in my possession for these things. 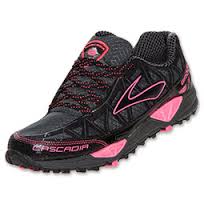 Brooks Cascadia- Come to Mama!!!
Anyway, back to the race.  I got to the finish and was super pleased with my time.  A respectable 2:34:08, 6th place of 45 in my division (F 30-39), 17th of 143 women, 100th of 343 runners overall, with a 11:46/pace.  I turned around knowing that I had distanced myself from Aaron a little bit, but I began to worry after a few minutes.  It seemed like forever until I finally saw him walking/ hobbling toward the finish over thirty minutes later.  His knees were really hurting him and I understood why.  The final descent was a doozy!  While I was waiting I too started having severe pain throughout my legs.  I have never experienced that before.  It didn't matter if I was standing, walking, or sitting, they just throbbed.  It was so bad in fact that I started asking around for some ibuprofen.  I was directed to the ambulance.  I had a feeling they wouldn't give me any, but I was desperate.  Unfortunately, I was right and they wouldn't give me any.  So I downed five cups of Gatorade hoping it was just an electrolyte issue and massaged, massaged, massaged.  I ran into buff fitness girl at the end and it turned out she finished in 2:32:11.  A great time even if she didn't break 2:30!  She paid me a very nice compliment by telling me she thought I was a "very strong runner."  Something like that means a lot when it comes from a person you admire. 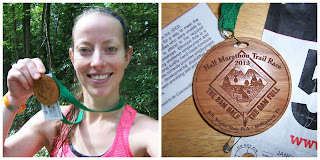 Once Aaron felt up to it we went to get something for him to eat.  I had already downed three slices of pizza from Larry's Pizza so I was good, but I stood in the chicken line with him anyway.  We ran into one of Aaron's coworkers (who had ibuprofen- yay!) and sat down to eat with him as well as one of the full marathoners.  I would run this race again in a heartbeat!  It was a fabulous day!  Mid Penn Trailblazers really know how to put on a great event!  I've done one other trail race put on by this group (Smith's Knob Scramble) and it too was fantastic!  Check them out if you're looking into trying out trail races!  http://www.midpenntrailblazers.com/index.htm﻿ 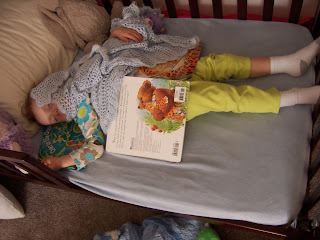