The Beginning of my Love Affair with Running

I ran one race before my on again off again run-mance truly began in 2008.  It was a 5k with my friend Marissa, and if I remember correctly, it didn't go all that well.  Believe it or not I was able to find the results!

Don't get me wrong, I know we were both pretty happy and proud of ourselves for finishing, but looking back, it should have been easier on a pair of 25 year olds!  That was the Run with Rotary 5k April 29, 2007 in Montgomery, NJ. 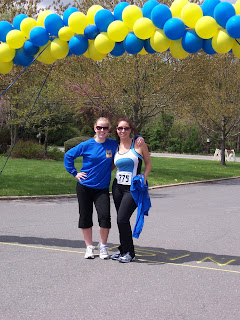 Why did I want to run it?  To be honest, I'm not completely sure.  I have always held an admiration for runners.  Their endurance, athleticism, physiques, and mental toughness are all things I wanted to have.  So maybe I thought I would just jump in and give it a try.  I did not know about training.

Fast forward a few months and I have met my BFF Crystal.  We both had just left our homes to accompany our husbands to U.S. Coast Guard Station Oak Island.  There was a 5k and 10k held every April on the island so we decided to train for the 10k.  Okay, so this time I knew about training, but we still had no idea what the heck we were doing.  Nevertheless, we survived and I think that race sparked something within me.  I finished in 1:11:10, an 11:28 pace.  That pace was better than my first race, but I wanted to get better at running- faster, stronger, tougher. 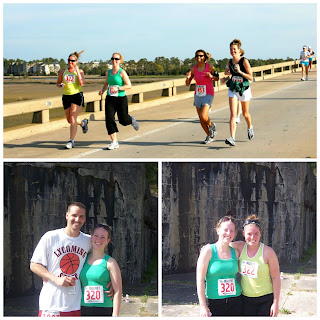 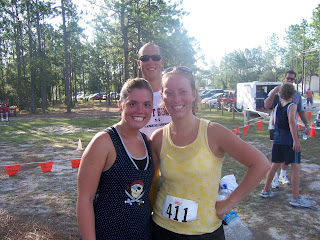 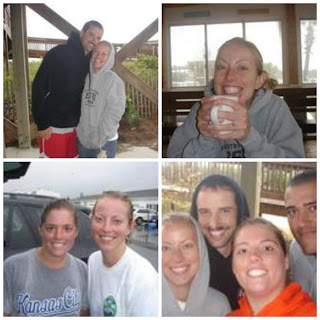 Crystal and I did a 5k run as part of the Soldier Ride through the Wounded Warrior Project on October 25, 2008.  If it was timed I don't know, but it was a pretty nice run and we hung out on the beach a little bit afterwards.

Next up was the Bald Head Island Maritime Classic Road Race on November 8, 2008.  Joe, Crystal, and I ran the 5k and Aaron did the 10k.  My time was 29:26 with a 9:29/pace.  Aaron (of course) kicked butt and got 2nd in his division with an 8:15/pace WHILE carrying all of our junk in a backpack AND running twice the distance as the rest of us.  That was my last race before finding out I was pregnant with Cullen, but I did run two races while pregnant.﻿ 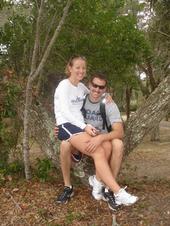 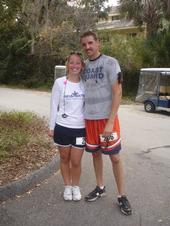 An amazing thing was happening through all this running and racing.  I was beginning to not only look better, but I was also beginning to feel a lot better.  It was as if I found a piece of me that I never even knew was missing.  Running did make me faster, stronger, and tougher.  It lifted my mood and made me happy.  Having a baby definitely changes everything, more on how that ties in to running later!
﻿
﻿
﻿