I know I'm quite delayed in writing this. But finally I will just recap both races at once.  So the Lewisburg Sunset Rotary Club 2014 Frosty 5k was held on Saturday February 1st.  I had plans to meet up with Misha, Kelly, and Penny from Team CJ.  Below is a pre-race photo.

There was once a time when I swore off warming up before a race.  I mean, I'm about to run.  Why do I want to run before a run?!  But Misha and I met up early enough to get our bibs and fit in a warm-up mile before the start.  It was actually a pretty nice day, not as cold as the previous year's race. 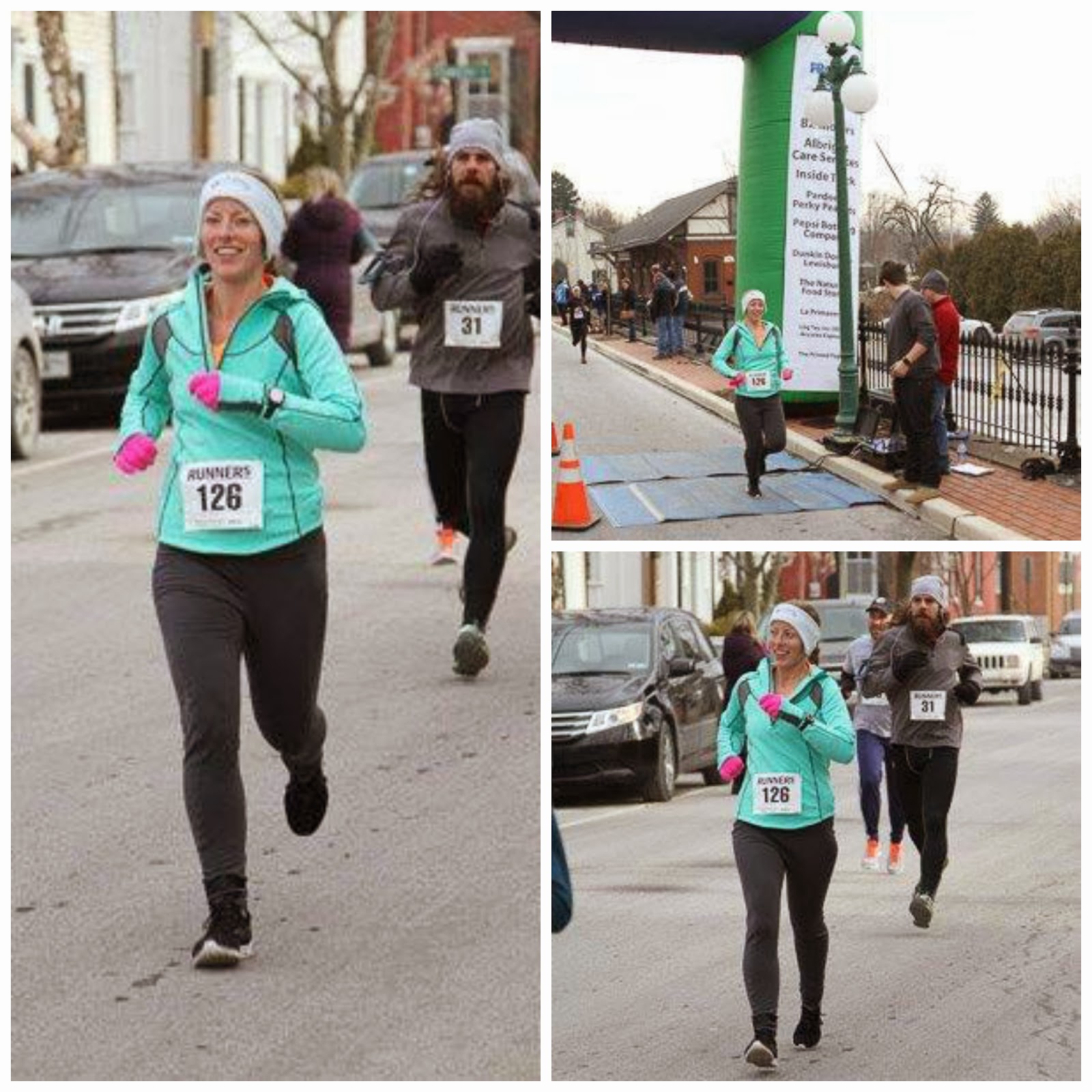 The race itself was uneventful, which I guess is a good thing.  I went out too quick, which I always do and always swear to work on.  I looked up last year's finish times and found Misha's name above mine.  She was 23rd overall woman and I was 27th overall woman, with respective finish times of 25:16 and 25:38.  This year we did even better.  I should mention first that Team CJ teammate Kelly M. took first overall female with a time of 20:11.  Talk about speedy!!!  Misha got 5th overall female and 2nd in division with a time of 22:42 and I got 10th overall female and 3rd in my division with a time of 23:52.  It was a fun day and a nice local race that hopefully I can keep running in annually.

The Humdinger 7.1 Mile Trail Race was held Saturday, March 1st 2014.  This was my second running of the race.  There were four Team CJ runners at this race as well- myself and my hubs Aaron, as well as Glen and Brian.  See our pre-race photo in front of the pig barn below.

So I'm glad I ran this race last year so I had that comparison for this year.  Last year was all mud.  This year was all ice and snow.  It was very treacherous!  See the warning from the race director below.

So not wanting to injure myself during marathon training, I decided to take it very easy.  The race is so much fun and draws a really energetic crowd.  After the "crossfire" start, we slowly made our way to the woods.  Once in the woods, the trail essentially became a single track.  Passing was not really an option in most locations, so there was a lot of walking, stopping, and waiting.  That was quite frustrating, but eventually we conquered the 7.1 miles, scaled the wall of the pig barn, and slid to the finish line.  We ate and drank our amazingly delicious Old Forge beer and headed for home.  I was much slower than last year.  My 2013 time was 1:38:31 compared to my 2014 time of 1:55:35.  But I walked away mostly unscathed (I did have one major fall and several small slips).  For that, I am grateful.  Check out some of the sites of the day below.  And as always, thanks for reading!  Check back soon for more! 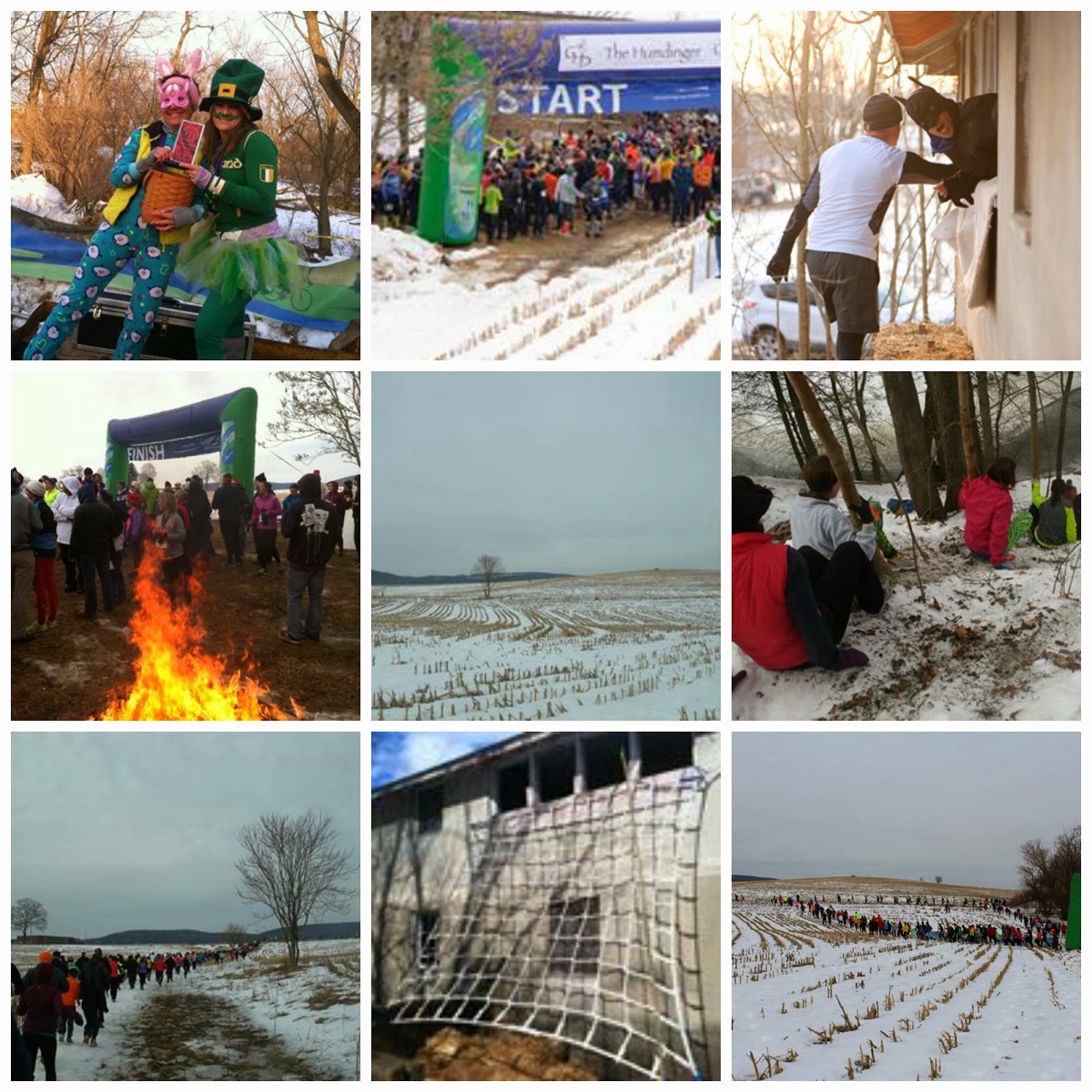