Autism Aware- What Is Autism?

Autism Awareness Month continues!  So far we've talked about my son's journey to diagnosis and treatment.  But what is autism?  What does it look like?  For starters, I'm going to tell you that Cullen's autism is not going to look like your nephew's autism, or your kid's classmate's autism, or anybody else's.  There will probably be striking similarities in some areas, but stark differences in others.

Autism is a complex developmental disability that typically appears during the first three years of a child's life and influences that child's ability to communicate and interact with others.  Autism affects every child differently and to varying degrees of severity.  It is characterized by difficulties in social interaction, difficulties in verbal and nonverbal communication, and repetitive behaviors.  There is no known single cause for autism.  Current statistics released from the CDC earlier this year state that an estimated 1 in 68 children (1 out of every 42 boys and 1 out of every 189 girls) are diagnosed with autism in the U.S.

That is a very brief, clinical sounding definition.  I'll admit, I spend much time on the internet, especially lately, reading blogs written by autistic people.  I stumbled across one about What Is Autism from Nick Walker's Neurocosmopolitanism and I really think its spot on.  His text below:


WHAT IS AUTISM?
Autism is a genetically-based human neurological variant. The complex set of interrelated characteristics that distinguish autistic neurology from non-autistic neurology is not yet fully understood, but current evidence indicates that the central distinction is that autistic brains are characterized by particularly high levels of synaptic connectivity and responsiveness. This tends to make the autistic individual’s subjective experience more intense and chaotic than that of non-autistic individuals: on both the sensorimotor and cognitive levels, the autistic mind tends to register more information, and the impact of each bit of information tends to be both stronger and less predictable.
Autism is a developmental phenomenon, meaning that it begins in utero and has a pervasive influence on development, on multiple levels, throughout the lifespan. Autism produces distinctive, atypical ways of thinking, moving, interaction, and sensory and cognitive processing. One analogy that has often been made is that autistic individuals have a different neurological “operating system” than non-autistic individuals.
According to current estimates, somewhere between one percent and two percent of the world’s population is autistic. While the number of individuals diagnosed as autistic has increased continually over the past few decades, evidence suggests that this increase in diagnosis is the result of increased public and professional awareness, rather than an actual increase in the prevalence of autism.
Despite underlying neurological commonalities, autistic individuals are vastly different from one another. Some autistic individuals exhibit exceptional cognitive talents. However, in the context of a society designed around the sensory, cognitive, developmental, and social needs of non-autistic individuals, autistic individuals are almost always disabled to some degree – sometimes quite obviously, and sometimes more subtly.
The realm of social interaction is one context in which autistic individuals tend to consistently be disabled. An autistic child’s sensory experience of the world is more intense and chaotic than that of a non-autistic child, and the ongoing task of navigating and integrating that experience thus occupies more of the autistic child’s attention and energy. This means the autistic child has less attention and energy available to focus on the subtleties of social interaction. Difficulty meeting the social expectations of non-autistics often results in social rejection, which further compounds social difficulties and impedes social development. For this reason, autism has been frequently misconstrued as being essentially a set of “social and communication deficits,” by those who are unaware that the social challenges faced by autistic individuals are just by-products of the intense and chaotic nature of autistic sensory and cognitive experience.
Autism is still widely regarded as a “disorder,” but this view has been challenged in recent years by proponents of the neurodiversity model, which holds that autism and other neurocognitive variants are simply part of the natural spectrum of human biodiversity, like variations in ethnicity or sexual orientation (which have also been pathologized in the past). Ultimately, to describe autism as a disorder represents a value judgment rather than a scientific fact.
There is just so much that I like about this definition.  It talks about how there are physical differences in the brain, that it begins in utero, that it has a "pervasive influence...... throughout the lifespan," that it produces "distinctive, atypical ways of thinking, moving, interaction, and sensory and cognitive processing," that there are commonalities but that autistic people are vastly different.  If you believe this definition, as I do, that means you agree that people are born autistic and that there is no cure, but that this is not the end of the world.

So what does Cullen's autism look like?  How does our home life differ from yours?  To be continued... 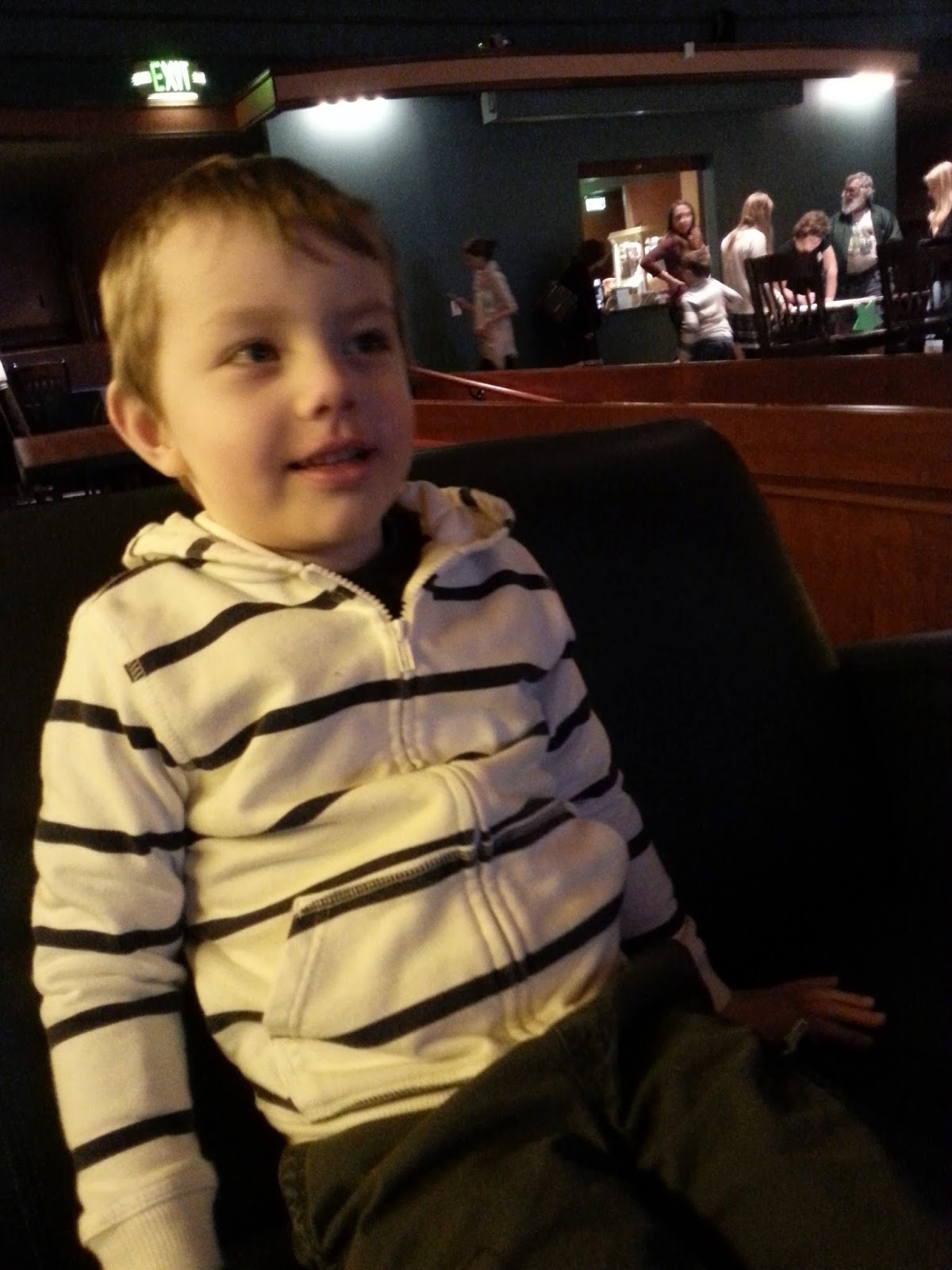